Rio Iguazú is a mighty, 1320 kilometres long river that is most notable for its thundering Iguazú waterfalls. The name Iguazú is derived from the Guaraní word “Yguazu” that translates into nothing less than “big water”.

“Big” is an understatement: The beautiful falls are the world’s largest falls in width. Lush rainforest flanks the Iguazú that forms the border between Argentina and Brazil, with Paraguay just a bit further upstream.

About three quarters of the falls are located on Argentina’s territory, some of the most imposing section, however, belong to Brazil. On both sides the nearby cities have been named in the falls honour: Foz do Iguazu lies in the Brazilian province Paraná, Puerto Iguazú in the Argentinian province Misiones.

Without any doubt, the mighty Iguazú Falls rank among the world’s three most spectacular falls together with the Victoria Falls in southern Africa and the Niagara Falls in North America. As many as 20 larger and 255 smaller waterfalls, some has high as 82 metres, compose the Iguazú Falls.

Both Brazil and Argentina offer vantage points to observe the falls in all their thundering might: Argentina allows you to get close; Brazil offers a great panoramic view. We recommend you visit both sides. Those who dare the ride may hop aboard a boat to venture deep into the spray. An unforgettable experience!

The first European to discover the falls was the Spanish conquistador Alvar Nunes Cabeza de Vaca. One of the falls on the Argentinian side is therefore named in his memory. Moreover, two national parks and two UNESCO world heritage listings betray the Iguazú’s importance – both Brazil and Argentina have ensured their protection and received the laurels.

In addition to the water in both its horizontal and vertical trajectory, the national parks protect one of the last intact stretches of Atlantic rainforest. The region is an important retreat for countless endangered species, for example, the Jaguar, South America’s largest cat.

Other species that have found a safe haven in the national parks’ vastness are the Brazilian tapir, the brown howler monkey, the giant anteater, the ocelot, the coati, the giant otter and the neotropical otter. More than 68 species of mammals, 422 bird species, 40 reptilians, 18 amphibians and 250 butterfly species have been registered in the parks.

Those with a special interest in birds will be delighted with the bird park on the Brazilian side that houses more than 800 different species… not to mention the butterflies. Fascinating! Explore the magic of the might Iguazú Waterfalls with INTOSOL! We are looking forward to hearing from you. 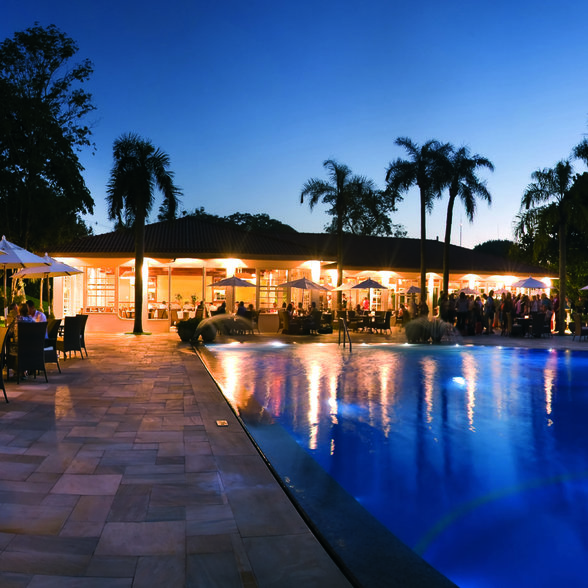