The Serengeti’s Brother and Land of the Baobabs

The Tarangire National Park in the north-east of Tanzania is one of the fourteen national parks in the country. It is located south-west of Arusha, near the gorgeous Manyara Lake. The area the Tarangire Park protects spans 2,600 square kilometres – not nearly as large as the famous Serengeti but no less beautiful. Set on an average elevation of 900 metres, the Tarangire’s landscape is characterised by sweeping savannah. The lifeline of the park is the winding Tarangire River, which carries water year-round. This circumstance is the reason why the park abounds with wildlife in the dry season, from July to October. Many of the animals, which usually inhabit drier parts of the country, make their way to the Tarangire National Park in search of water. The plentiful prey attracts the predators, which also gather around the river, as much for the water itself as for the promising hunting opportunities. In short, the setting is perfect for those who enjoy observing wildlife in its natural habitat. The Serengeti’s Great Migration is world-famous. Less well known is the fact that the Tarangire National Park features a similar, massive migration. Once a year, the animals face the perils of the long journey to the river at a time, when large parts of the park dry out. The Tarangire migration is commonly known as the “Small Migration” and beautiful to observe. A speciality of the stunning landscape is the prominent Baobab Tree, also known as the Monkey Bread Trees. One of the most unusual trees of tropical Africa, the scientific name honours the French naturalist Michel Adanson, who founded Senegal’s first botanical garden in the 18th century. An interesting feature of the tree is the curiously arranged leafs. Five to nine single leafs combined form a shape that is similar to the form of the human hand. Other fascinating trees are the Candlestick Trees and the Silk Trees. Set out to hunt for the best photo opportunities: Large elephant herds waltz through the bush, sleek leopards gracefully climb a tree and majestic lions calmly doze in the shade. Gnu, antelope and zebra herds graze the plains, a wary eye on the predators, and buffaloes confidently portray their strength. Elegant giraffes stretch their necks to the treetop leafs that no other animal can reach. Maybe, with the exception of the boisterous baboons, which much prefer the Monkey Bread Tree’s fruits. Hippos bask in the sun or cool down in the slow-flowing water of the river. With just a little luck on your side, you might also spot one of the rare African wild dogs or a shy cheetah. More than 300 bird species inhabit the park. Those who enjoy birding will have plentiful opportunity to log sightings and to listen to the multi-voiced choruses. The drive from Arusha to the Tarangire National Park is about 120 kilometres long. To speed things up, you can also choose to fly to the small airstrip located in the northern section of the park, which is open all year round. Please note that the rainy season makes some tracks barely passable. The Tarangire National Park in Tanzania – the wildlife diversity and the awe-inspiring landscapes combine to create a lasting impression and memorable holiday! It is a pleasure for INTOSOL to plan your holiday in Tanzania in all detail, guaranteeing you a smooth holiday in the stunning wilderness of eastern Africa.
read more » « show less 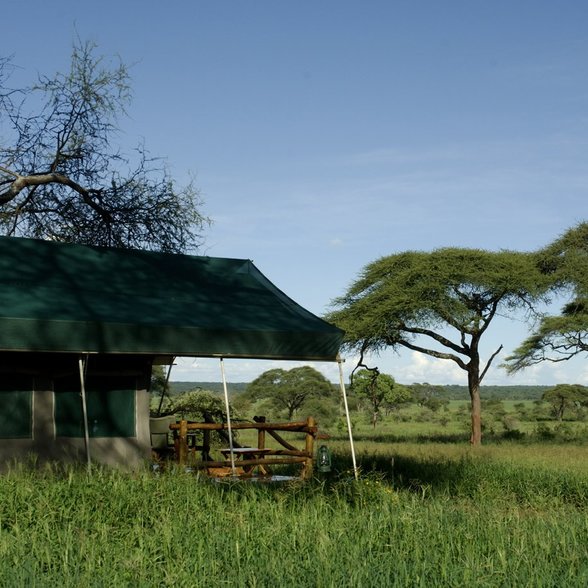