Living up to its Fame

Translated from the Massai language, Serengeti means the “infinite land”. And certainly, a sense of infinity cannot be denied when one sets out to discover the endless grasslands, rolling hills, forests, plains, granite outcrops and swamplands. Occasionally dotted by a solitary tree, the savannah reaches from Tanzania’s north down past the Victoria Lake and extends as far as south as Kenya. The many habitats and the early conservation efforts have resulted in an overwhelming diversity of species that make their home in the Serengeti. In numbers, the highest mountains exceed 1,800 metres above sea level and the lowest parts of the savannah are at an elevation of approximately 950 metres. More than 90,000 tourists visit the pristine Serengeti every year. The Serengeti is larger than the Serengeti National Park. The adjoining reserves Maswa, Loliondo, Grumeti, Ikorongo and the Masai-Mara Game Reserve in Kenia all form part of a larger protected area. However, it is certainly true that the Serengeti National Park is the principal and most well-know of the reserves. In 1981, the UNESCO bestowed the park the great honour of being declared a Natural World Heritage Site. Fortunately, a change of mentality was achieved at an early stage. Up until the colonisation of Tanzania, the local Massai population lived in harmony with the harsh nature, hunting only for their immediate needs. The first Europeans to settle the land, however, took great pleasure in big game hunting and drastically reduced wildlife populations in the 19th century. In spite of this, as early as 1929, the Serengeti was partly declared a wildlife reserve and the government further intensified the conservation status by setting up the Serengeti National Park in 1951. The Serengeti is more than abundant wildlife. Humankind has always played an important role in these regions and many peoples, tribes and personalities have left their eternal traces on the endless plains. The famous Olduvai Gorge is often described as “humankind’s cradle”. Archaeologists have discovered ancient evidence that our ancestors inhabited the Serengeti more than two million years ago. A part of the Ngorongoro Conservation Area, Olduvai Gorge is considered an extension of the Serengeti ecosystem. The unique quality of the Serengeti ecosystem is that it has changed little over the past millions of years, a stability that is rare in the world. However, the Serengeti’s fame and tourism appeal have to be attributed to the “Great Migration”. Every year during the rainy season in October and November, more than a million gnus and approximately 200,000 zebras traverse the hills in the north to trek down to the plains in the south, only to return to the north in April, May and June. The age-old instinct that drives the animals to undertake this long journey is so strong that not even parched wastelands, deep gorges or the crocodiles lying in wait in the rivers deter the herds. The famous Big Five also inhabit the Serengeti. In other days the dearly sought trophy of big game hunters, the impressive animals now grace the pictures of trigger-happy safari hobby photographers. With just a little luck, the quintet buffalo, elephant, lion, leopard and rhinoceros can all be spotted. Beauty often resides in the small things. Keep your eyes peeled for movement among the grass and spot the Little Five: The antLION hunting ants, the RHINOCEROS beetle, the ELEPHANTulus, the BUFFALO-weaver or the slow LEOPARD tortoise. The vociferous and multi-coloured birdlife is another of the Serengeti’s great attractions. More than 540 species inhabit the region, including both permanently resident and migrating birds. The word safari has its origins in the Swahili language and means simply “journey”. Today, the term safari stands for adventure journeys into the African wilderness with the intention to observe, not kill, the fascinating wildlife. Safaris in Tanzania are a memorable and rewarding experience! Of course, the conservation of the pristine ecosystems enjoys top priority. While visitors are warmly invited to enjoy all the gracious beauty the country has to offer, the foremost aim is to preserve the unspoilt nature for many years and generations to come.
read more » « show less 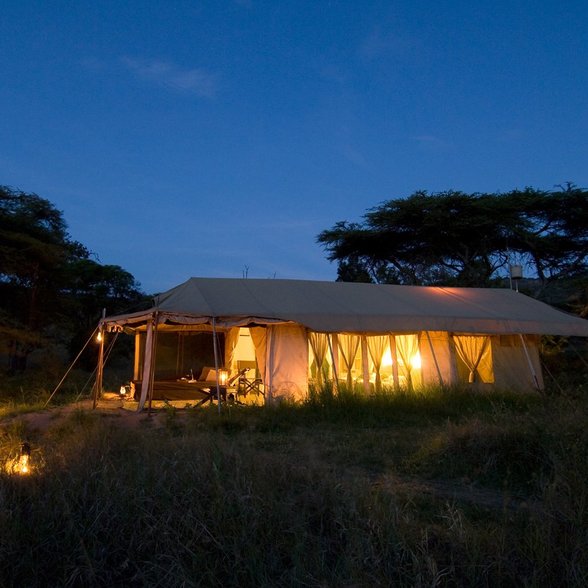 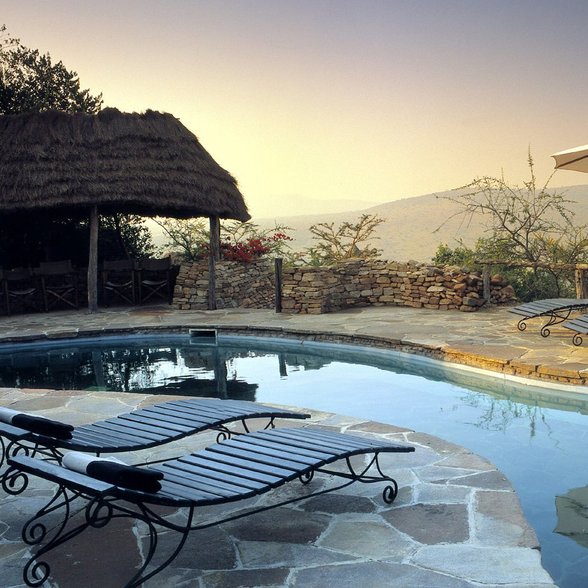