Sunshine, white sandy beaches, golfing, surfing, a light breeze and beautiful luxury hotels – a perfect dream. The alluring paradise Mauritius is located in the Indian Ocean. Visitors travelling to Mauritius can expect a high level of comfort while enjoying the island’s superb offers. Having become a luxury destination over the past years, Mauritius presents an enormous selection of first-class hotels with outstanding service. Nevertheless, it features the most appealing value for money ratio in the Indian Ocean. Mauritius is a multicultural, cosmopolitan melting pot. The Mauritian people enjoy a relaxing life, holding their heritage and way of life in high esteem, all set against one of the world’s most beautiful backdrops. Mauritius has attracted many Europeans, among them various celebrities and authors, many of whom were mesmerised by the island’s magical flair … quite often they stayed for numerous years. The Island of Mauritius is of volcanic origin and surrounded almost entirely by coral reefs which caused the formation of protected lagoons with crystal-clear waters. Mauritius has always been a favoured destination. Arabs already knew off the island in the 10th century. Officially, however, it was discovered by the Portuguese explorer Pedro Mascarenhas. In the period following its discovery, Mauritius first belonged to the Netherlands (1598-1712), then to France (1715-1810) and was surrendered to Great Britain in 1814. Mauritius attained independence on March 12th, 1968. The island of Mauritius lies 20° South and 57°5 East in the Indian Ocean. It is situated at 2000 km distance from the southeastern coast of Africa, to the east of Madagascar. The island covers an area of 1 865 square kilometres and boasts a coastline of 330 kilometres. The island’s landscape is as diverse as its history and culture: It includes a wide central plateau, subtropical forests, rivers, streams and waterfalls. Adjacent to the plains are the basalt mountain chains, remnants of volcanic activities that formed the island. The two highest peaks are Piton de la Petite Riviere Noire (828 meters) and Le Pouce (812 meters). In the course of history, many different ethnic groups have settled on Mauritius, each bringing their culture, language, moral values, norms and traditions. Examples of these ethnic groups are the Indian people (Hindus and Muslims), Africans, Europeans and Chinese. Nowadays, Mauritius is a melting pot of cultures and often serves as a good example for the peaceful coexistence of all world religions. In 2001, the official population was approximately 1.2 million inhabitants.

Climate: At the centre of the island, at a height of 600 m above sea level, the average daytime temperatures vary between 20°C in August and 26°C in February. The temperatures at the coast are, on average, 3 to 5°C above these values. The western and northern regions are warmer and dryer than the South and East. The vegetation of Mauritius depends on the climate zone.

Time Zone/Telephone Calls: The time zone of Mauritius lies 4 hours ahead of Greenwich and 3 hours ahead of the Central European Summer Time (CEST). Almost every country on Earth can be phoned directly from Mauritius and the island offers a fax service and internet connections. 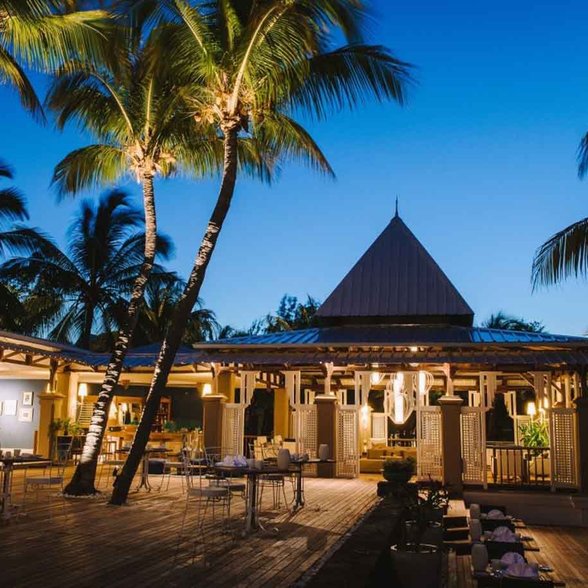 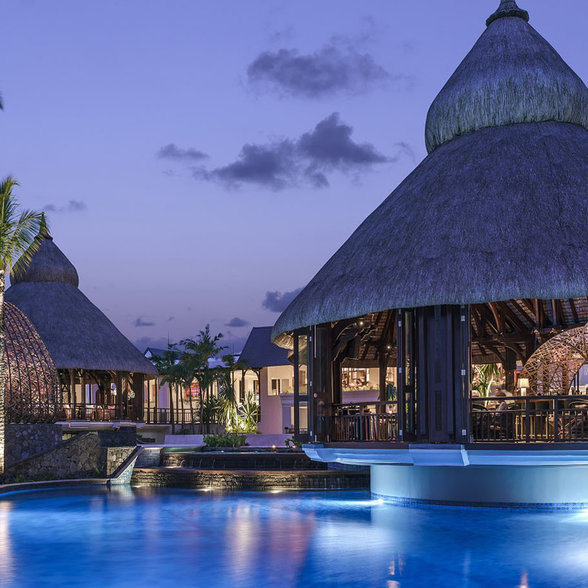