The Lower Zambezi National Park, more than 4000 square kilometres large, is a pristine area that has seen little tourism. The stunning park is located along the banks of the Zambezi River, which, in places, is two kilometres wide and incredible 2.700 kilometres long. Some say that the Lower Zambezi National Park is one of the most picturesque wildlife sanctuaries on the entire African continent. Certainly, the landscapes and sceneries are awe-inspiring! The Zambezi River is the park’s lifeline and attracts many animals, for example, large elephant herds, buffaloes, zebras and many different kinds of antelopes. Furthermore, there are lions, leopards, hyenas and wild dogs along the river’s twisting banks. The river vibrates with life: Hippos paddle the water and big crocodiles rest in the sun with their mouths wide open. Despite the crocs, the Lower Zambezi National Park is an ideal habitat for water birds. The very rare Pitta Angolansis can be seen at Kulefu from October to November. Soaring mahoganies, acacias and palm tree forests create a stark contrast to the white, sandy river beaches. In the background, mountains loom – it is an arresting and unforgettable landscape.Before the river reaches the Lower Zambezi National Park, it passes through the Barotse Lowlands, thunders down the Victoria Falls and supplies the gigantic Lake Kariba. In its further course, the Lower Zambezi forms idyllic islands, which offer perfect conditions for wildlife. There is a lot to discover in the Lower Zambezi National Park: Float down the river in a canoe and paddle through the beautiful lagoons. Observe the diverse species, for example, the national bird called Narina Trogon, which is spotted in the treetops near the river. At night, the calls of African wild dogs break the night’s silence. The Chongwe River, which flows into the Zambezi, is the park’s natural border. INTOSOL discovered two superb accommodation options set in this pristine wilderness: the Chongwe River Camp and the Chongwe River House. Both are located at the juncture of the Chongwe with the Zambezi River and feature breathtaking views of the two graceful rivers and the impressive Northern Highlands’ mountain range in the backdrop. Not a single fence separates you from the unspoilt wilderness. The Chongwe region is famous for its huge male elephants, which feed on winter acacias. Quite possibly, you will encounter more elephants than people. The Chongwe River is also an important water supply for all of the region’s many animals. Everyday, you may spot the representatives of the many different species approaching the river for a drink, occasionally strolling right through the Chongwe River Camp. It is just the right place for experiencing the real and untamed Africa. Countless exciting activities like canoe safaris, fishing tours and boat trips down the fast-flowing river keep you entertained. However, the tranquil camp on the Chongwe River features all the comforts to relax and rest in style, for example, beneath the soaring, old trees. Discover the wild nature of Zambia. It is going to be a vacation that you will never forget!

The camps in the Lower Zambezi National Park are closed during the rainy season from November till March. Please visit this wonderful region between April and October. 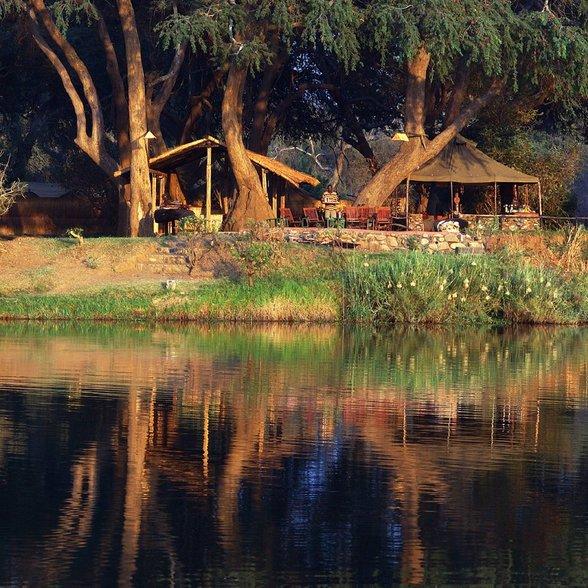 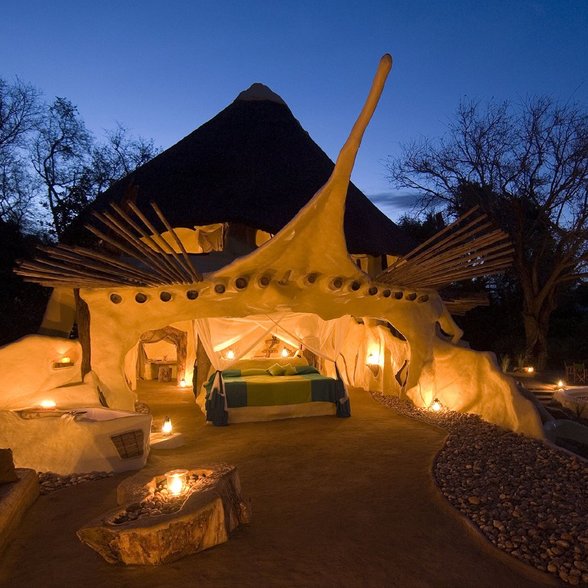